The official debut of the Chevrolet Captiva took place in 2006. The car became a full-fledged representative of the SUV line and complemented the Trailblazer SUV, which had an extremely difficult time on the market – the model was obsolete and could no longer compete fully, while costing a lot of money. The Captiva, on the other hand, became a fresh stream for the brand and allowed it to enter the segment that was gaining momentum at that time – the class of mid-size crossovers.

The model was developed by the GM-Daewoo division, which is based in South Korea. At the same time, the all-terrain Chevrolet was intended not only for the domestic market, but also for Europe, Russia and the CIS. In addition, she shared the platform with the German Opel Antara and quite the American Cadillac SRX.

In the basic version, Captiva was aggregated with a 2.4-liter gasoline power plant that runs on gasoline. Its power is estimated at 136 horsepower. At the same time, five-speed “mechanics” or “automatic” are used as a gearbox.

A more powerful gasoline modification is a 3.2-liter V-shaped six-cylinder engine with a capacity of 230 horsepower. It also docks with 5AKPP.

The drive in all cases is only full. At the same time, it is implemented using a rear axle coupling.

An alternative was two-liter turbodiesels, which are capable of generating 127 and 150 “horses”. However, these engines were not supplied to the Russian market.

In 2011 and 2013 the car was updated. Compared to the original version, the restyled ones are distinguished by a modified front end, a different rear bumper, redesigned interior architecture and other engines. The latter are represented by a 184-horsepower 2.2-liter turbodiesel, as well as 2.4 and 3.0-liter gasoline units, which develop 167, 249 “horses”. The power of these motors is realized through the AWD system and 6-speed automatic transmission.

How reliable is the engine?

As for powertrains, the 2.4-liter gasoline engine, which was installed on pre-styling versions of the crossover, can be considered an ideal choice for a used Captiva. And let its 136 horsepower be enough only for a measured ride, but thanks to a simple and time-tested design, this power unit boasts enviable reliability. In favor of the 2.4-liter engine is the fact that it is very familiar to most mechanics. There will be no problems with its maintenance and repair.

The engine of the same volume, which began to be installed on the Chevrolet Captiva after restyling, also proved itself well. But due to the fact that its design turned out to be much more modern and more complicated, there are still more problems with it. One of them is a gas distribution mechanism, the resource of which can vary over a very wide range. Typically, the chain can withstand about 120 thousand kilometers, however, some owners of Captiva have already had the opportunity to replace the timing chain after a run of 40-50 thousand kilometers. So if you hear extraneous ringing sounds, then it is better to immediately invest in replacing the entire set of gas distribution mechanism.

Relatively rarely on used Chevrolet Captiva there are gasoline “sixes” with a volume of 3.2 and 3.6 liters. In general, each of these power units is very reliable, however, even in them the chain drive of the gas distribution mechanism will have to be changed at least once every 150 thousand kilometers. In addition, Captiva six-cylinder engines are prone to overheating, so immediately after buying a car, it is worth cleaning the cooling radiators and making sure the fans are working. If the engine still overheats, then first you will have to deal with increased consumption of engine oil, and in the future with a complete engine overhaul. Problems with overheating and increased oil appetite are also typical for a 3-liter engine, which appeared on the Chevrolet Captiva much later and has not yet had time to fully show its weaknesses.

In Europe, diesel Captiva with engines of 2 and 2.2 liters were also sold. But since crossovers with these power units were not officially delivered to our country, it is extremely difficult to find them on the used car market. And it is unlikely that the purchase of a diesel Captiva can be considered appropriate. Delicate fuel injectors with our low-quality diesel fuel will not please you with a long resource.

Outside, the Chevrolet Captiva turned out to be quite nice and harmonious – there are no defiant and contradictory features in its design. But there are many interesting moments. It is necessary to highlight an oblong head optics with lenses, a front bumper with integrated foglights and a large-mesh air intake section, bumpers with pseudo-metal linings, roof rails and a neat spoiler on the tailgate. You also need to mention about the body – it is notable for its extended wheel arches, a bulging hood.

Now let’s evaluate the parameters of the geometric cross – they are average. Body overhangs for off-road conquest are all too long, despite the fact that the clearance is quite good and is 200 millimeters. Be that as it may, but on bumpy terrain you need to move carefully, otherwise there is a risk of damage to bumpers and door sills.

The paintwork of the body looks good, but chips are quickly formed on it – well, this is quite an ordinary phenomenon for a modern car. But the resistance of the outer body panels to corrosion is pleasantly surprising – neither the wings, nor the hood, nor the doors practically “bloom” and only rust is noted on the tailgate. Everything is fine with the bottom, so you don’t have to worry too much about body rotting. 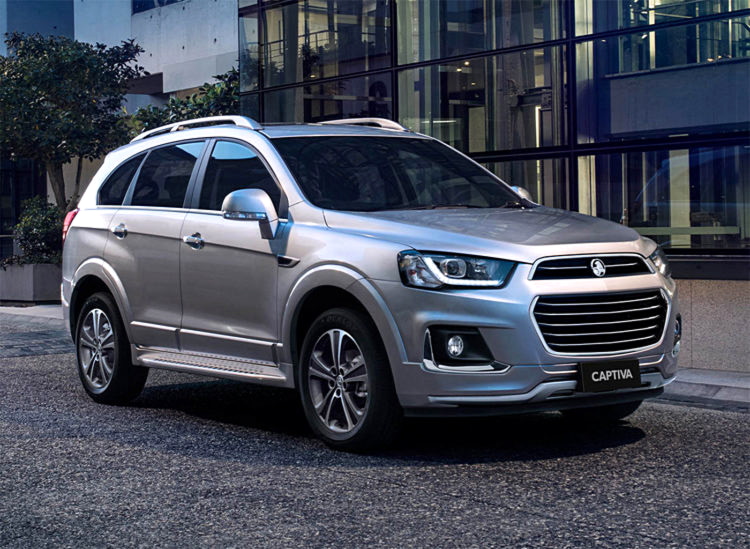 The look is quite masculine. The grille is crowned with a large Chevrolet badge. Originally located foglights give the car a certain charm. The rear part fits very harmoniously into the overall look: two exhaust pipes, beautiful taillights – it turns out to be a very solid image.

The interior has a sense of carefully thought-out functionality. Nothing superfluous, but everything that is – to the place and looks great. In the decoration used only high-quality plastic. The dashboard indicators are easy to read, all control buttons are at hand, and the woodgrain and aluminum finishes (in the expensive version) look high quality and appropriate. Inside, up to seven passengers can comfortably accommodate. The basic version is designed for five people. The seats are adjustable in various planes. The steering wheel can also be adjusted in height and angle. It has an audio control panel, as well as, in some trim levels, also buttons for controlling the cruise control system.

Trunk volume is quite impressive, and if you fold the rear seats, the usable area doubles. The rear seat can also be folded in parts (in a ratio of 60/40). With all the passenger seats folded down, the volume of the cargo compartment will increase to 1565 liters. By the way, for the convenience of loading into Captiva, you can separately open the rear door glass. In the cabin for storing small luggage there is a roomy glove box, which is also cooled. In the pockets of the front doors, in addition to places for the map, there are round niches, for liter bottles of water, for example. 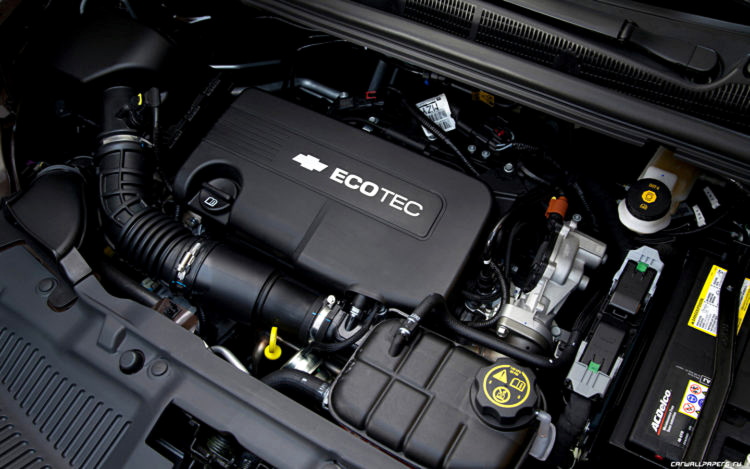 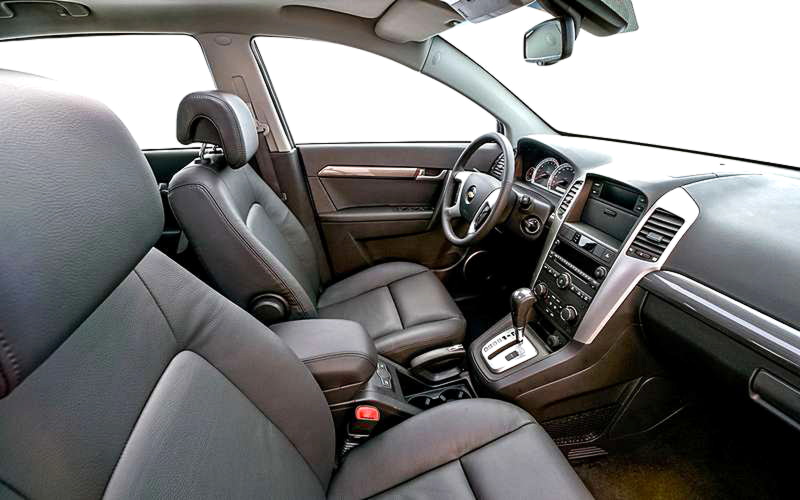