One of the priorities when Skoda Fabia just came out, it was the preservation of affordable prices without compromising the quality of the car itself. This led the manufacturer to the need to save on equipping base machines with additional equipment. The Fabia is offered in four trim levels. In the base model Classic accent made for maximum functionality at a reasonable price. Therefore, from the equipment here there is only the most necessary minimum. Higher-level versions – Ambiente, Sport and Elegance – are equipped with almost the entire set of modern security and comfort systems.

All Fabia body panels are fitted to each other with minimal gaps in the best traditions of the German school, and thanks to the galvanization, the car perfectly resists corrosion. Rust can only be seen on cars poorly restored after an accident. The overall idyllic picture spoils a couple of little things. With intensive use of the back door, a play appears in the lock mechanism, which, however, is easily eliminated by a simple adjustment. Another trifle annoys much more – the rear window washer: either the supply pipe will come off, then the nozzle cap or the nozzle itself will be lost at the sink. But this is really nonsense. The tube can be secured with a clamp, and a cap with a nozzle costs a penny.

Electronics with electrics are quite reliable and simple, but there are minor breakdowns. The main complaints are about the door limit switches, but this is typical for almost all Volkswagen products. In winter, especially after washing, the “limit switches” often freeze up and the electronics inform that the door is open in the car. In the event of a breakdown of the “limit switches”, which is not uncommon, you will have to pay about 2,000 rubles for a new lock, because the part is only supplied as an assembly. Moreover, the work on their installation will cost about 1000 rubles.

The “second” Skoda Fabia was equipped with three types of gearboxes. Initially, it was only a 5-speed manual and a time-tested Japanese 6-band classic Aisin Warner TF-61SN automatic with a torque converter. After restyling, along with the new 1.2 TSI and 1.4 TSI turbo engines, the model also received the infamous 7-speed DSG DQ200 robot with two dry clutches, which is notorious among VAG car owners. The most reliable and trouble-free of this trinity is mechanics. Especially in tandem with “aspirated”. She only had one flaw.

On pre-styling machines, the manual gearbox could work out the resource of the input shaft bearing for 1900 rubles in 30,000 km. But after the Fabia update, it was replaced with a reinforced one, solving the problem. You can predict his imminent demise by the hum when the engine is idling, which disappears when the clutch pedal is pressed. The second most reliable is automatic. By the time the Fabia was released, he had already been ill with all the “childhood diseases” and would not cause trouble to the owner if he changed the oil after 80,000 km or earlier, when jolts and thoughtfulness appeared, and also did not get carried away racing from traffic lights.

The Internet is full of stories why DSG “robots” on used cars are best avoided. Fabia is no exception. Such a box may have difficulties with sensors and the operation of control electronics. A clutch for 50,400 rubles runs about 50,000 km. If you really want a turbocharged Fabia, then pay attention to the cars produced since 2012. They have upgraded DSGs and there are fewer complaints about them. However, if you intend to buy a “charged” Fabia RS, then there will be nowhere to get away from the “robot” paired with the most powerful “turbo four”. With the mechanics of such machines, alas, you will not find. 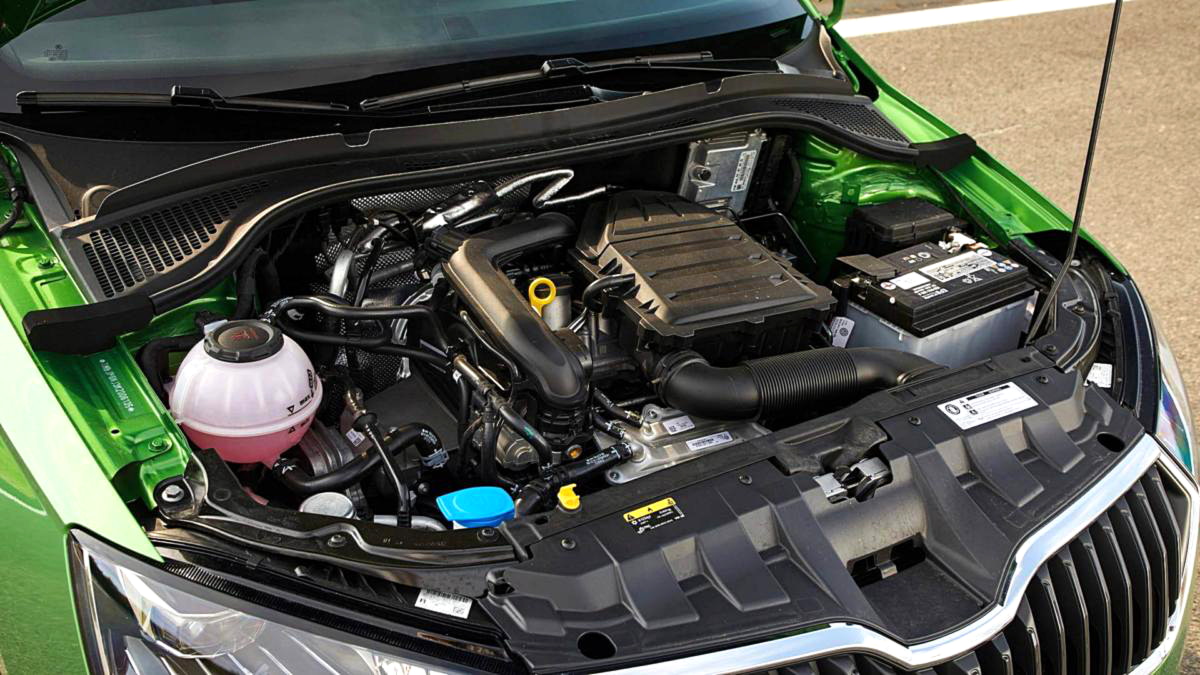 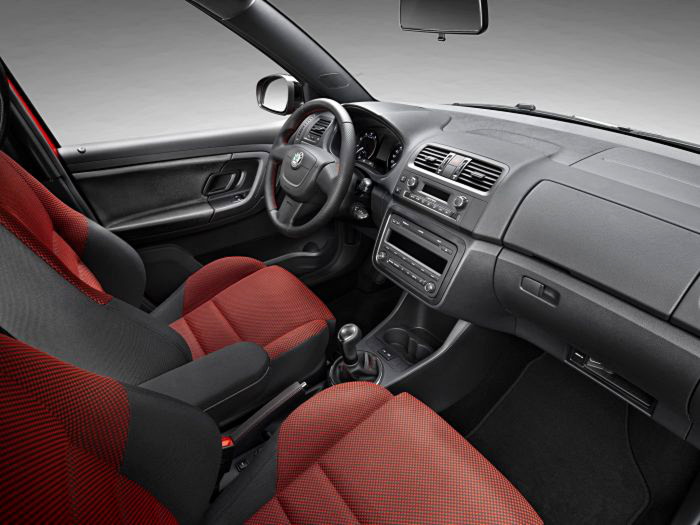 Regardless of the country of production, the galvanized metal of the Fabia body with a galvanized coating and high-quality paintwork resists corrosion well. And if the previous owner also tinted the chips that appeared on the paint in a timely manner, then you can not be afraid of the “red plague”. On machines that have been looked after to a lesser extent, chipped paintwork, as well as localized foci of corrosion, may well be found at the joints of the wings and bumpers, on the leading edge of the hood and around the windshield.

The appearance of corrosion on the trunk lid, at the bottom of the doors and under the moldings, on the thresholds and wheel arches is not excluded. Chrome on the decorative trim of the hood for 3000 rubles, alas, is not eternal and may begin to peel off over the years. In addition to corrosion and chrome that has lost its luster, Fabia can upset with cloudy plastic head optics for 7100 rubles per headlight. And also a worn windshield from 10,000 rubles, if it is native from the factory and has not changed due to chips or cracks from stones that have fallen into it.

On cars of the first years of production, knocks often appeared in the suspension, which emitted rear silent blocks on the front levers, each of which costs 8 euros. They could serve no more than 40,000 km. run. After 2008, these silent blocks were upgraded and their range increased to 100,000 km. run. 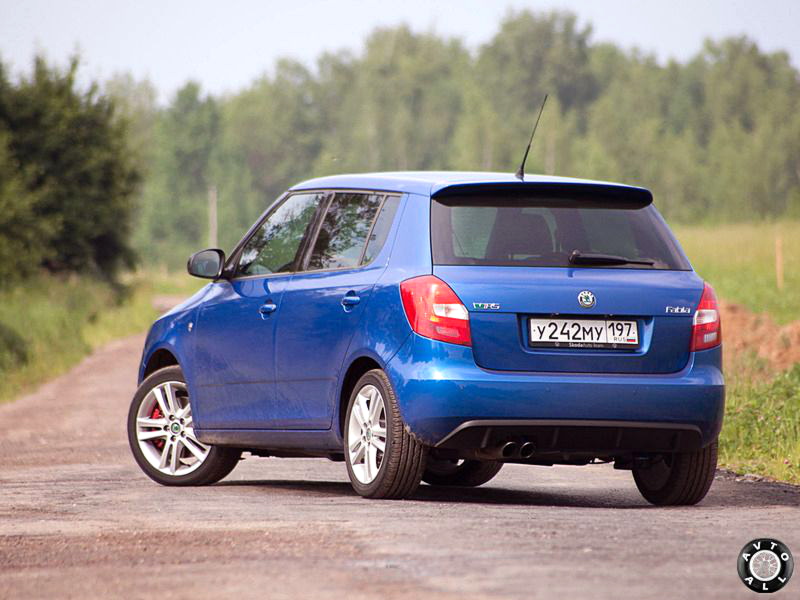 The bushings of the stabilizers do not serve for a particularly long time, after about 40,000 km. they already need to be changed, but the stabilizer struts last longer – 90,000 km each. Each rack is inexpensive – 15 euros. The front shock absorbers last the same, but cost 55 euros each.

But the most important suspension costs occur after 100,000 km. run. The rear shock absorbers need to be changed, each of them costs 60 euros. If a creak appears while turning the steering wheel, then this means that the front strut support bearings need to be replaced. It is also desirable to change the steering tips, each of which costs 17 euros. It will be necessary to change the hub, which comes complete with wheel bearings. And the ball bearings and silent blocks of the rear beam last the longest, they can last at least 180,000 km. 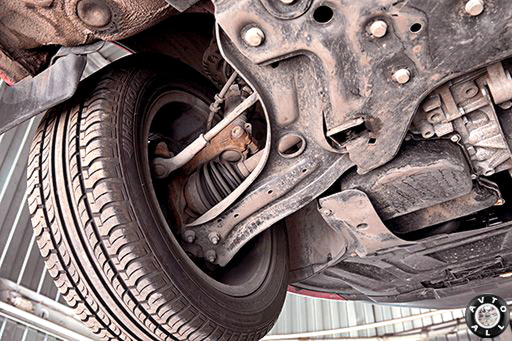 The steering can also act up, especially if the rack and pinion leaks, you will have to change the entire steering assembly, this will cost about 750 euros. The braking system does not create any particular difficulties, except that the rear drum mechanisms can tap. This problem can be fixed by cleaning and lubricating them.

In general, Fabia has minor troubles, but she doesn’t have any serious problems. Therefore, for those who want to get this car, it is best to choose the version after restyling with a 1.6-liter engine, no matter what gearbox. And the price of Fabia is very good, only Lada Kalina, Renault Clio and Peugeot 207 can be cheaper than Fabia. But Mazda 2, Toyota Yaris or Ford Fiesta are much more expensive. Even the Volkswagen Polo produced at the same Kaluga plant will also cost about 50 thousand rubles more. 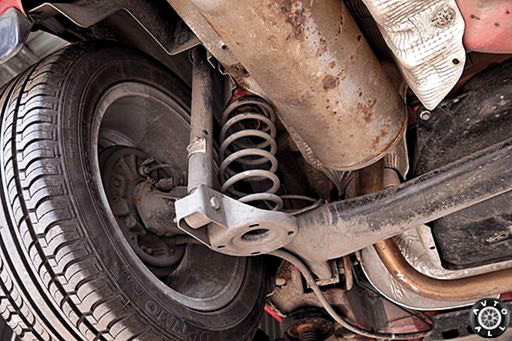