In length, the new Hyundai Palisade 2022 just barely reached the mark of 5 meters (4981 mm.), But even without this, it looks quite large, promising a high level of comfort to all passengers, including those who will be accommodated in a triple “gallery” .

But the psychological mark, most likely, will be passed, since the Koreans are actively preparing an update of the model, and bumpers will definitely change on test specimens.

This is indicated by camouflage covers, which so far adorn test models of cars. However, they also hint that a radical update of the exterior of the Korean flagship should not be expected. 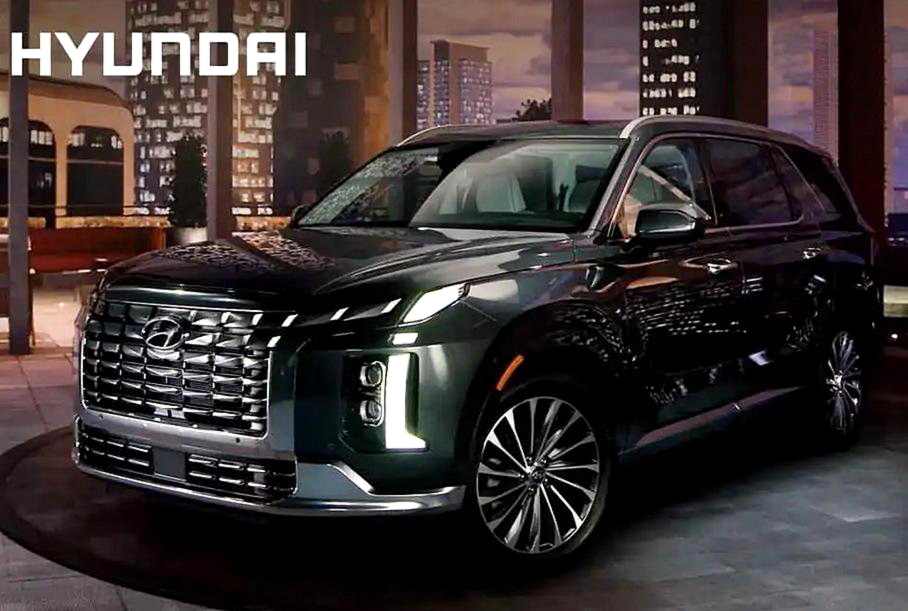 The camouflage also hides the future radiator grille of the car, which may indicate a high probability of a front end in the style of the current Tucson and Santa Cruz. Merges with the headlights, it looks very original, but the designers may have to keep the running light strips that are a hallmark of the 2022 Hyundai Palisade.

At the rear, restyling will also take place classically: it will include a change in the bumper and optics (perhaps only its “fillings”). What can be said for sure is only the appearance of square pipes of the exhaust system, which are easy to detect on test cars. 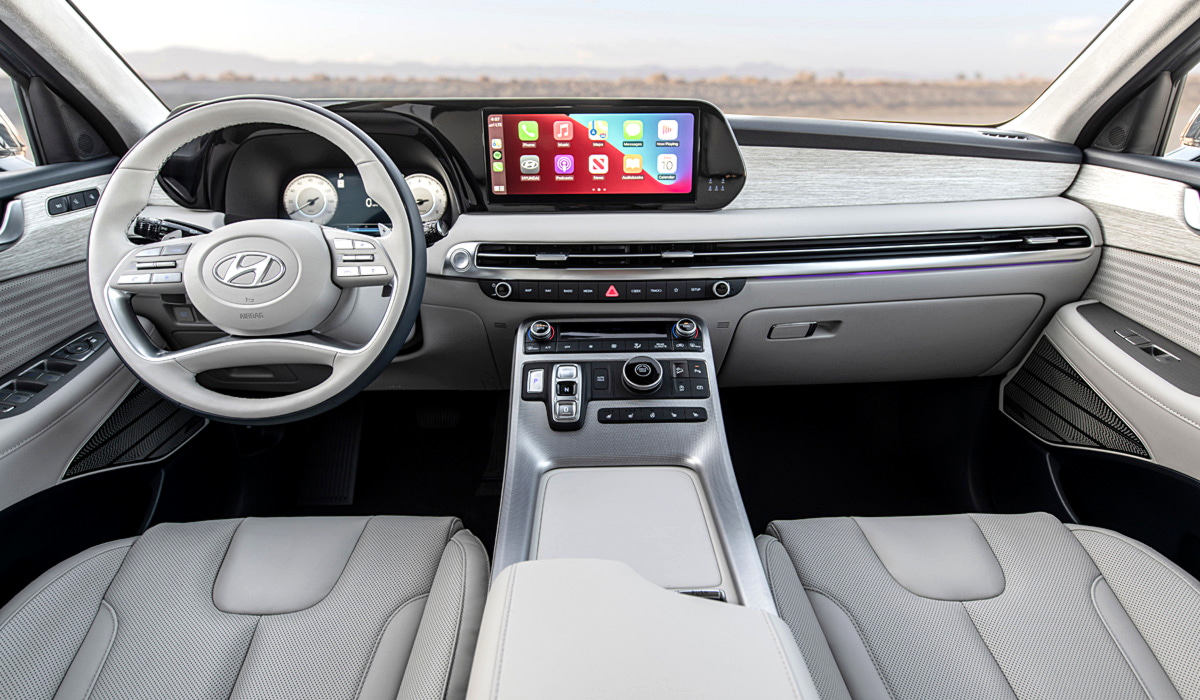 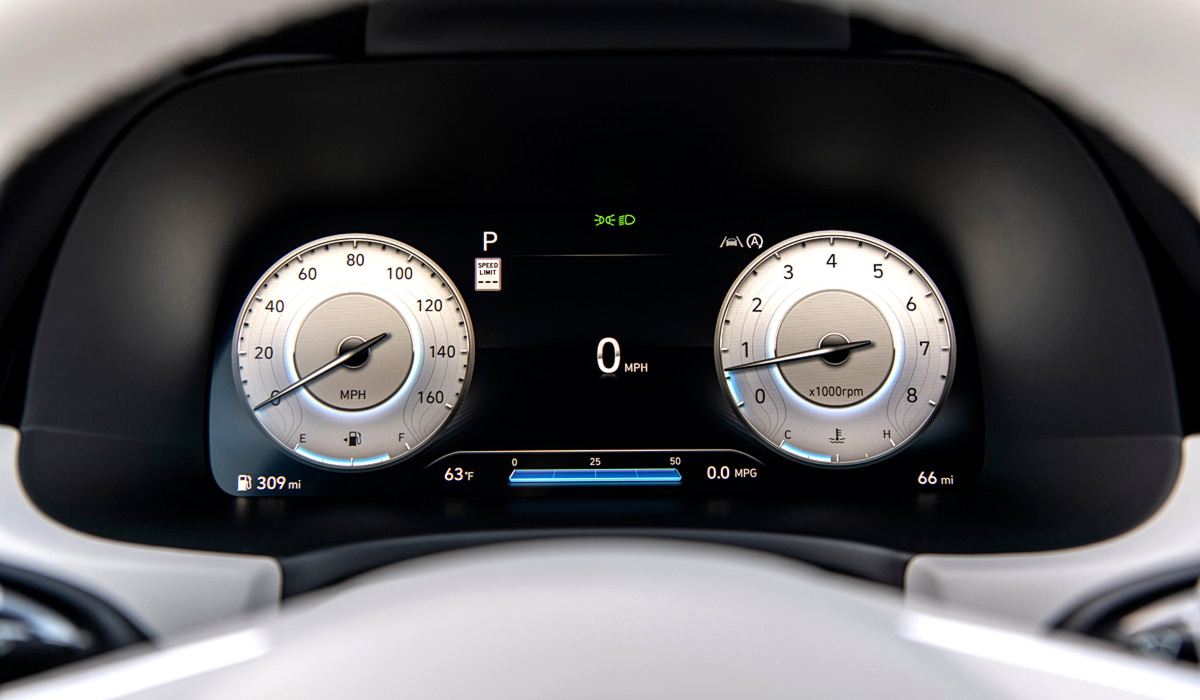 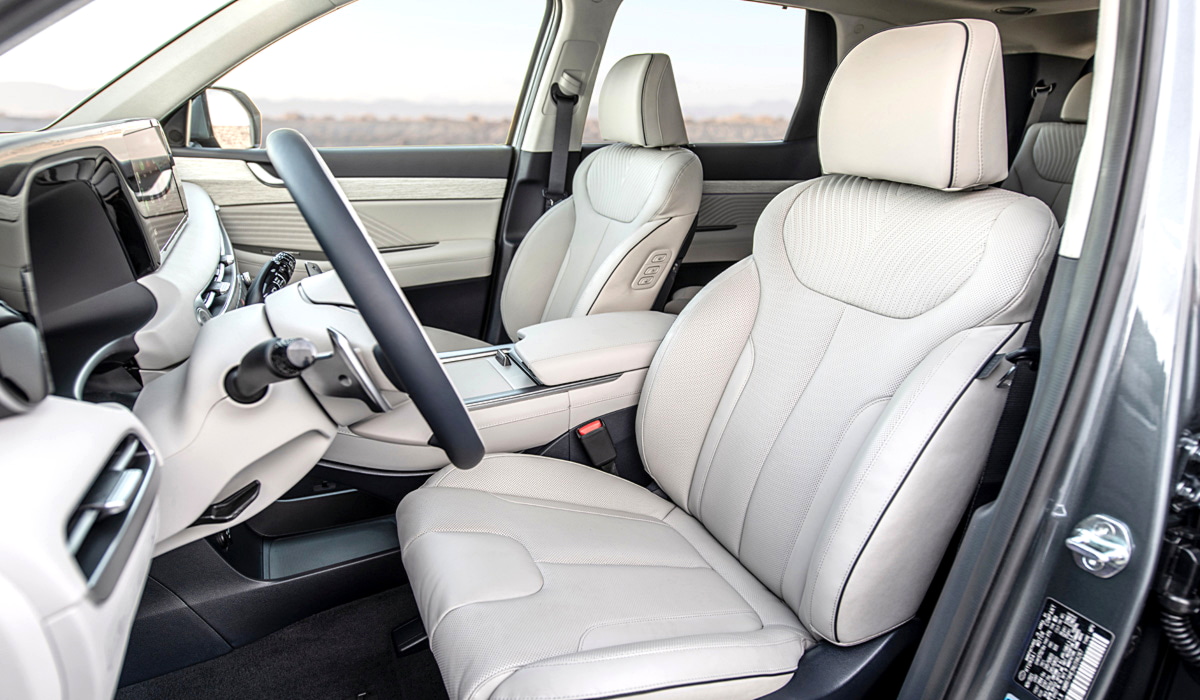 The interior of the cabin for the 2022 Hyundai Palisade crossover was developed from scratch, so theoretically there is no reason to change it completely. This fully correlates with rumors that restyling will only affect equipment, and the main update will be the display of the infotainment complex, which will increase in size and acquire advanced functionality. It is likely that new color options for leather upholstery will also appear in the cabin.

In Russia, the Korean full-size SUV is sold in two main versions, both with an automatic 8-speed transmission. The base engine is a 2.2-liter turbodiesel in-line four with a capacity of 200 hp. With. (441 Nm), and a 3.5 MPI petrol “six” with a tax-friendly 249 hp is a step higher. With. (336 Nm) All versions have an HTRAC all-wheel drive system with an electronically controlled multi-plate clutch. By the way, in other markets, the 4×4 chassis is available as an option, and in the basic configuration, the crossovers remain front-wheel drive.

How does he ride?

On the move, the Palisade is quiet and relatively smooth. Peace for the ears is provided by the developed sound insulation of the body and multi-layered front windows. Only on the motorway after 130-140 km / h does the voice of the wind appear at the mirrors. And in order to convey the parental voice to those sitting behind, you can poke the icon in the media system menu – and the speakers will start broadcasting sound from the front microphone. Another icon can, on the contrary, mute all the speakers in the back – in case one of the precious passengers fell asleep.

The sleep suspension is quite conducive, even though it is spring-loaded, not pneumatic. On a flat highway, the car floats, swaying slightly. The largest bumps are painlessly passed – there are no breakdowns and knocks. It shakes only on regional roads, mutilated by patching: there are too many vertical oscillations, even if they are smoothed out. 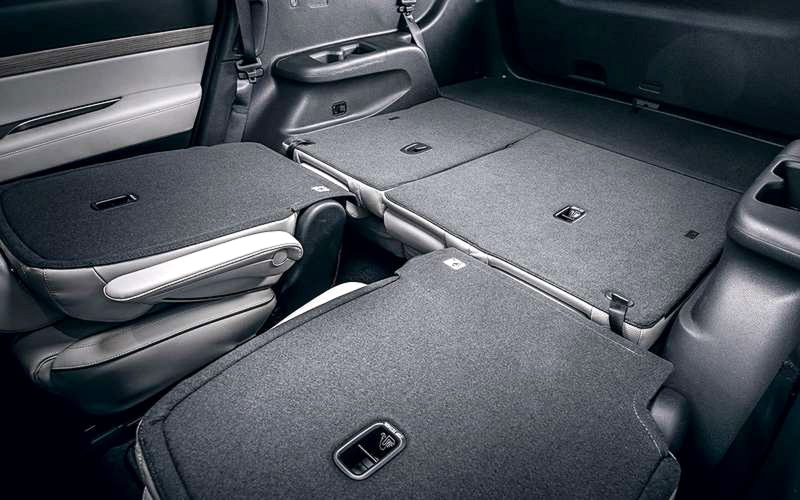 New for 2023 is the XRT trim, which adds austere styling and darker trim on the outside, but doesn’t bring any hardware upgrades like all-terrain tires or better approach and departure angles. We spent half a day behind the wheel of the XRT, navigating city roads and highways, and were generally pleased with how the SUV handled.

There are no mechanical changes for 2023, with every Palisade still powered by Hyundai’s 291bhp, 355Nm 3.8-liter V-6 engine mated to an eight-speed automatic transmission. The XRT we drove was equipped with all-wheel drive, which was useful off-road. In the muddy sections of the trail, the Palisade showed good traction and linear power transfer, which makes it easy to overcome obstacles. Our route took us through sections of dirt road with several ruts and puddles, and we can say that Hyundai had a good idea of ​​what families would face when going on a hike.

On the tarmac, the ride was generally comfortable and quiet, with the steering set to the lighter side, and the engine delivering enough power to traverse the mountain profile without issue. We’ve complained in the past about the Palisade’s rough ride compared to the Kia Telluride, but due to the limited time we’ve had behind the wheel, we’ll wait to give a full and objective judgment once we can get the 2023 model in our hands for testing.

A killer plus of the Palisade is the presence of a 2.2 diesel engine in the range, and in the company of a classic machine, and not a robot, as on the Kia Sorento. And the motor itself, despite the same 200 forces, is of the previous generation, with a cast-iron block. All major competitors are Toyota HighlanderVolkswagen Teramont and Mazda CX‑9, diesels are deprived.

Only such a Palisade rides very sedately – after all, even without passengers it weighs two tons. Any maneuver associated with acceleration must be calculated. But rolling half-pedal is a pleasure, the traction on the bottoms is so good and the work of the 8-speed gearbox is invisible. 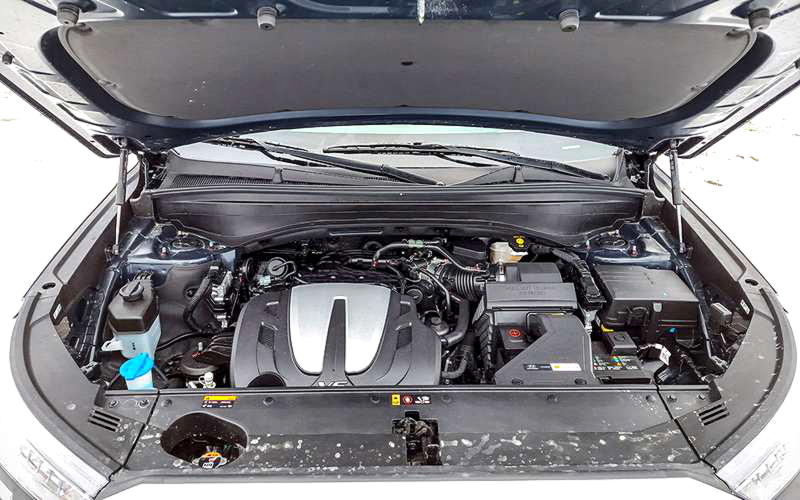 I would pay 50 thousand rubles extra for a naturally aspirated V6: with it, the car is more cheerful and harmonious. The sound of the engine is muffled here too, but it is more pleasant, and at idle there is not even that slight vibration that is characteristic of a diesel. The payoff for at least some reserve of dynamics is fuel consumption: 11–11.5 l / 100 km of AI‑92 gasoline versus 9 l / 100 km of diesel fuel when driving on a highway with overtaking.