General overview of the Chevrolet Cobalt

Chevrolet Cobalt Chevrolet Cobalt is comfort not only for the driver, passengers in the rear seats will feel no less comfortable, even if there are three of them. And all this thanks to the rear pillars, which are not very inclined. Enough room for legs. Performing a review of the Chevrolet Cobalt, it is impossible not to highlight the trunk with a volume of five hundred and forty-five liters. This is especially true for those motorists who often go to the country. It will easily fit everything your family needs, and still have room.

The new Chevrolet Cobalt 2015 2nd generation in the Russian Federation is estimated at 571,000 rubles. This is a stock LT car with a manual 5-speed gearbox. If desired, you can optionally put an automatic box for 66,000 rubles. When installing an air conditioner, you will need to pay about 26,000 rubles.

The basic equipment includes a fully adjustable driver’s seat, the ability to adjust the steering column for tilt, power windows on the doors installed in front, a frontal airbag, central locking and air conditioning, which can be ordered as a separate option.

The LT 1.5 AT package with a 6-speed automatic will already cost 637,000 rubles. And the LTZ 1.5 AT equipment is estimated at 668,000 rubles. It includes automatic transmission and ABS, front passenger airbags, fog lamps, a CD+USB audio system, rear power windows, and 15-inch alloy wheels. 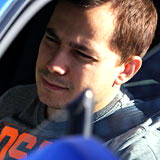 In many cases, I am of the opinion that if a product is cheaper than the competition, then it is drac. This principle is also found in the automotive industry, although there are exceptions. Here is one such story.

We met somehow with Chevrolet Cobalt. A tall sedan with a strange face did not make much impression on a cursory glance. The salon also did not please with anything interesting, with the exception of the original instrument panel. Gray tones of the interior, an easy chair, music and air conditioning. After a firm handshake with a polyurethane steering wheel, we drove off. We rode for a long time, but it’s hardly possible to describe it somehow – an ordinary ride without any drive or, conversely, nervousness. Thus passed three serene days. Until I was asked: would I trade a Chevy for a Nissan?

The Almera sedan, presented back in 2012 at the Moscow Motor Show, made its way through the Russian-Kazakh border for a long time. And here is the long-awaited novelty in front of me. I immediately agreed to the exchange. Of course, it’s a Nissan! Five minutes – and in the palm of your hand is a painfully familiar key with a Japanese emblem. But the folding Chevrolet is much more original, I noticed. Well, okay, you should not pay attention to such trifles. It’s time to rejoice “Nissan”! The Almera’s burgundy metallic was blazing in the sun, and the chrome trim on the window openings embodied a successful deal. However, the joy was short-lived. After a couple of hours, I began to doubt, and by the end of the day I really wanted to return my Chevy. Despite the significant difference in price, the top-end Cobalt ($14,254) falls short of even the base Almera ($15,000) — the latter turned out not to be the car it claims to be. And essentially not “Nissan” at all. Renault Logan wrapped in a bright wrapper. Everything: platform, hodovka, transmission, engine, interior and even the gas tank cap – from a donor.

Against this backdrop, I rethought Chevy. He, of course, is also not a leader, but here the power unit is faster and the power window buttons are in their rightful places. When the Cobalt rolled back, I became interested in its design – I saw the original edges on the sidewalls, some idea in the complex headlights, as well as the seriousness in the rear lines. And yes, salon! He is here at least a Chevrolet, peculiar, and not from some old Daewoo. How blind we are when it comes only to money!

Hodovki and “Cobalt” and “Almers” are designed for our roads, so they are soft and impenetrable. To listen to the “boom” from the shock absorbers of these cars, one would have to deliberately send the cars into a deep hole, because ordinary roughness was swallowed without any problems. Although there are sins on the part of ergonomics, and both machines. The main ones in Chevy, I would single out the control of the on-board computer on the left steering column lever and the confusion with the two handles of the audio system, and in Nissan – the old renosh “cockroaches” in the form of blind control of the stove and the scatter of buttons throughout the cabin.

After long disputes on the title of the best, we came to parity. However, the price will probably put everything in its place. Almera is more expensive, but that doesn’t make it look cooler than Cobalt. Chevy is cheaper, and much cheaper, but it won’t hit the dirt in the face. Paradox? Partly yes, but, as I said above, there are still exceptions.

And if you ask me who to advise what, then I would say that the Chevrolet Cobalt would be a good fit for young drivers, it is possible that for the fairer sex. It is affordable, more emotional, modern, and this instrument panel with a digital speedometer … But the Nissan Almera will choose an agashka in its garage that honors old traditions and does not bother at all about where the seat heating buttons are located in the car.

By the way, this is not an assumption at all, but a real experience. Once I was left without a horse for an hour and had to catch a ride. As an order, a brand new Almera stopped in a complete set, driven by an uncle of retirement age. I went out to get some air, at the same time to bomb, as he admitted. We started talking about the car: how it drives, what problems it has, etc. However, the answers were neutral, like “nothing” or “normal”. But to my security question: “Did you find where the car’s seat heaters turn on?” – he thought about it and asked again: “Are they here?” There is. However, grandfather was not at all upset that he did not know about it. Indeed, in his time in the “Zhiguli” and “Muscovites” and this was not the case. And for heating the fifth point, he manages with a soft pillow.

The Cobalt car looks modern and stylish – it is a classic sedan with large blocks of oblique front optics. It is complemented by daytime running lights (aka fog lights) in the bumper. The radiator grille is divided into two segments by an insert with a corporate logo, additional air intakes are located below. The interior has a simple but high-quality finish, ergonomics. The cabin is designed to comfortably accommodate four people, but three passengers can also sit in the back seat. The rear sofa is equipped with seat belts and fasteners for a child seat.

At the disposal of the driver is a combined instrument panel – analog instruments are complemented by a monochrome display. The climate and other auxiliary options are controlled from the controls on the center console.

Cobalt, like all others, has a number of positive and negative qualities. Let’s consider them in more detail: 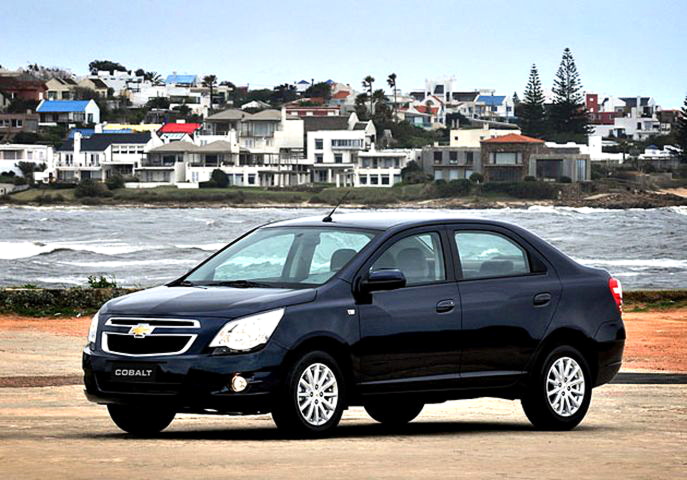 Not to mention the cons:

Taking into account all the advantages and disadvantages of the Chevrolet Cobalt, it can be called an acceptable option for a family car with the best value for money.